Thermoplastic Polyurethane (TPU material) is a flexible, abrasion resistant thermoplastic. It’s being used in a number of manufacturing processes for both consumer and industrial use. In certain blends it can become very soft, but TPU material offers many benefits and features. 3D printed parts with TPU are durable and have the ability to withstand ambient temperatures of up to 80 degrees Celsius.

TPU filament is abrasion resistant, can withstand impacts and is resistant to many chemicals. Its versatile and used in many different industries. There are different versions of TPU material but in the main it can be classed as two types. Firstly known as Polyether Polyurethane and secondly Polyester Polyurethane. With both having different characteristics that can be suited to a specific need. 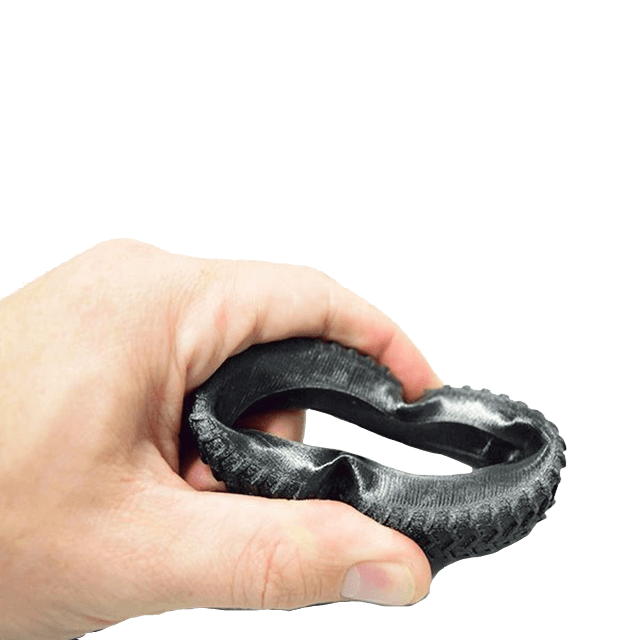 Download the full specsheet
Download spec sheet
You are about to download the specsheet of the TPU. Just confirm your email address so you’ll receive a backup link.

TPU filament has a number of features, making it a great choice for a wide range of uses. It is resistant to abrasion, oil, chemical and wearing, which makes it perfect for use in industries such as the automotive industry. printed parts of TPU are also resistant to low temperatures, which which means that it does not become brittle and difficult to work with.
Compared to TPE, which is also a flexible filament, TPU is a little bit easier to print and retains its elastic properties better at lower temperatures. TPU material also has a higher abrasion resistance and a higher resistance to oils and greases.
TPU filament, unlike other stiffer thermoplastic, has qualities that include flexibility and conformity. It also has an excellent interlayer adhesion and no curling or delamination during the 3D printing process.

The hardness of TPU can depend on the blend of polymers. The temperature at which TPU filament will extrude is 220–250 degrees. A heated build platform is not required, but when used the temperature should not be higher than 60 degrees. The extruder system will need to withstand materials that are both flexible and compressible up to a constant temperature of 250 degrees.

The flexibility of TPU is excellent, but this also depends on the 3D printing software settings. When you use a low level of infill, the 3D printed design will also be more flexible. This makes it possible to create objects that are more elastic or more rigid. When it comes to 3D printing, TPU filament requires the transfer of a larger amount of energy than a lot of other filaments. However, compared to other material there are no warping issues which can be experienced through thermic shock.

TPU is more difficult to print compared to other filament materials, mainly due to its flexibility. 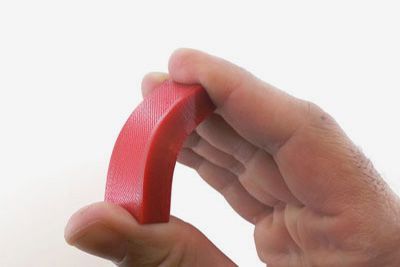 It’s important to understand the strengths and weaknesses, when it comes to printing with TPU filament, . How do you get the most out of this material? It is vital to take possible issues into account when deciding to start with TPU material, so you know what to expect.

It is often best to use a consistent feed rate that is slow when 3D printing with flexible filaments. This is down to the fact that the material is elastic and can become uncontrollable if there are any sudden changes to the speed of the print. Increased print speeds can result in a compression of the filament, which can lead to a jam. It can often take several attempts to find the optimal print speed for 3D printing TPU material. However, a good starting point is a speed of 35 mm/s.

To achieve this using TPU material, print at lower layer heights, ensuring they are in the range of 0.1mm to 0.2mm. At the lower layer height, there is a requirement for less plastic and that means that the extruder feeds at a lower rate which eases the burden on the filament.

Designing a part that is flexible and has a requirement to fit on top of another object, it is worth considering using a negative tolerance between the parts. This will ensure that the flexible part has the ability to stretch comfortably over the other object.

Using flexible filament such as TPU material, it is important to avoid using rafts. Because the base layers of the rate have a higher rate of extrusion which could lead to problems

Because TPU material is flexible and elastic, it makes it very sensitive to fast movements such as retractions. Therefore, to successful 3D print using the TPU filament, it is crucial that you optimize the retraction settings to limit the movements. It’s crucial to begin with a small amount of retraction while using a slower speed to help with any possible oozing from the extruder (hot-end).

The general opinion is in favor of 3D printing flexible materials with a Direct Drive extruder. Nevertheless, you can reach the same results when using the right settings on a 3D printer with Bowden extruder. It is important for the path in which the filament travels to the melt zone to have tight tolerances, which can prevent any kinking or coiling.

A couple of tweaks to the spool of the material can make a large difference. Commonly, the extruder drive wheel will pull the filament into the nozzle, which results in the filament spool unwinding a small amount of plastic in the process. However, as TPU is elastic, the filament will be stretched while pulled which can lead to under-extrusion. Therefore, mount the spool above the printer so the filament unwinds downwards which can reduce any resistance.

Industries that use TPU material in 3D Printing

There are many different industries that use TPU 3D printing because its features offer them a number of advantages.

As sporting goods need to be flexible and hard wearing, TPU material is the perfect choice. In many sports it can be found in training aids, water equipment and fitness equipment. Footwear has to withstand low temperatures, flexibility and be resistant to water and chemicals. Therefore, 3D printing TPU is great for manufacturing sporting goods.

SLEM, an innovation and education centre for the footwear industry, has asked Tractus3D to cooperate in a 3D printing project for shoes. The goal is to research how the amount of material waste can be reduced as much as possible, while exploring new and existing methods for rapid customization of digital models for every customer.

SLEM found out that FDM technology and other approaches like FFF production arguably represent the most cost-effective solution for customizing soles. Shoes created using these processes are particularly effective in tailoring sole designs to the unique needs of wearers. From shape and comfort to gain and specific applications like sports. The ultimate goal for shoe companies in the future will be a quick turnaround from receiving customer data to delivery back to customers. Getting the soles printed, optimised, produced, and delivered to customers within a day.

The aerospace industry is also taking the use of TPU 3D printing seriously as it too has increased its use, understanding exactly what it has to offer. It can also be found in instrument panels and sensors.

The automotive industry has turned to TPU material and implemented it into the manufacturing process of vehicles. In recent years the use has risen considerably. Consequently it can often be found in instrument panels, sensors and levers as well as many other areas. 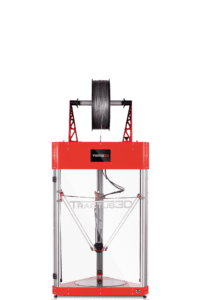 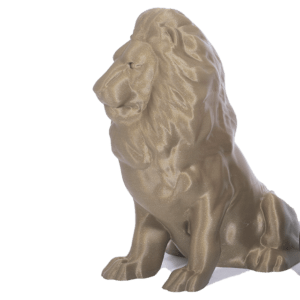 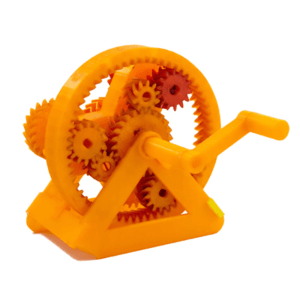 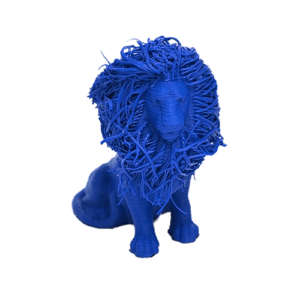 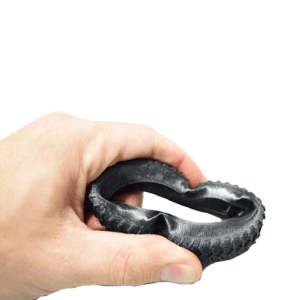 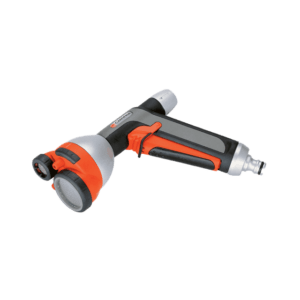 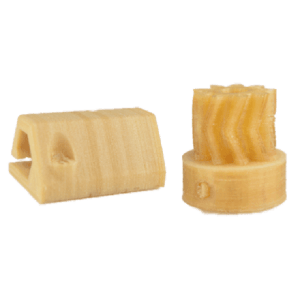 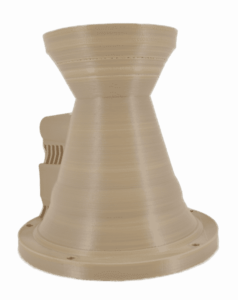